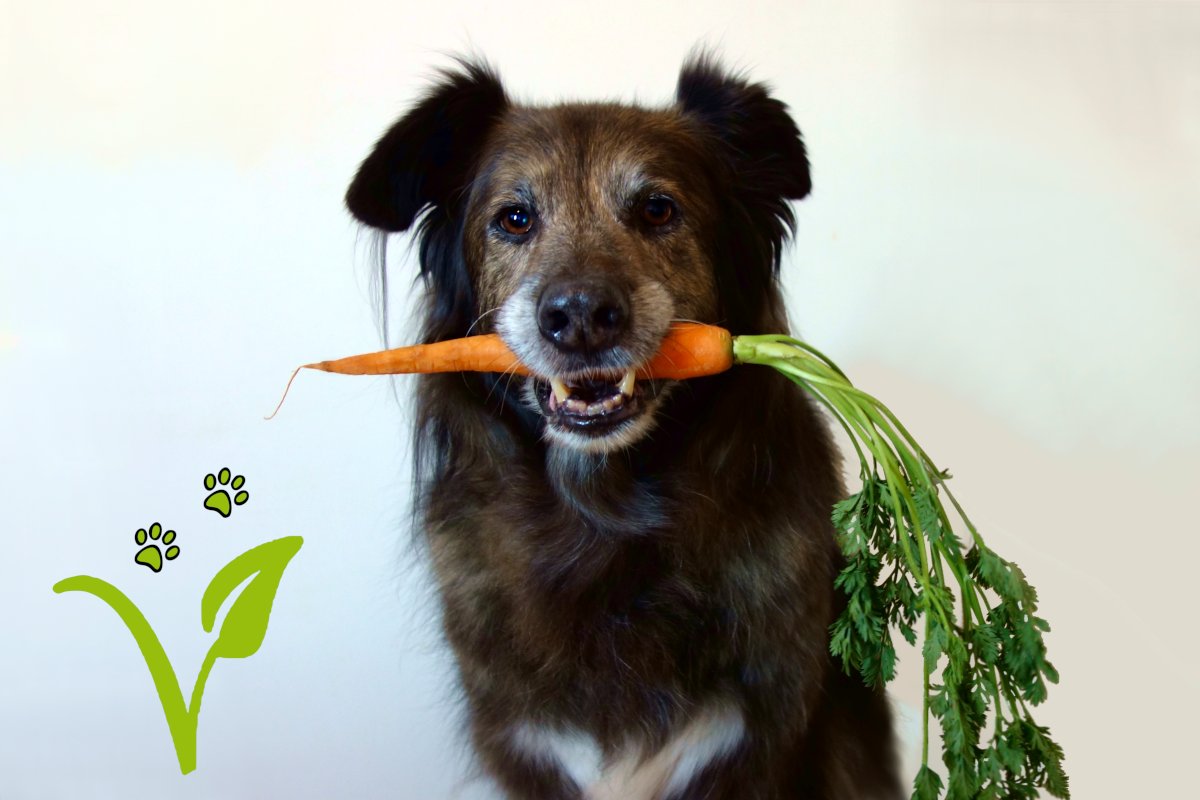 Vegan is a dietary trend and the lifestyle of many, especially younger dog parents.
Many young people would like to spend more and more time with their four-legged friends and vegan trends also affect the dog food.
That’s why there is vegan dog food to buy.

More and more pet owners believe that a high proportion of meat in dog food is important in order to feed the dog in a balanced way, as in the case of the Biologically Appropriate Raw Feeding.
Dog food manufacturers promise, e.g. „With lots of fresh meat“ and on the packaging animals or meat parts are shown.
The dog as a carnivore, modeled on the wolf – that’s how we know the news and stories, but can a dog stay healthy if it’s fed vegan?

The wolf is a carnivore by nature. Although the dog is descended from the wolf, he has the genes necessary to digest carbohydrates.
The AMY2B gene is responsible for the breakdown and utilization of carbohydrates. It has greatly multiplied during the long time wolves evolved into dogs.
Dogs do not necessarily need meat to live a healthy life.

Vegan people often worry about the diet of their beloved four-legged friend. In contrast, so many dogs in this world are really tortured and abused or injured.
Therefore, do not worry too much about vegans helping or harming their dog with vegan dog food. They definitely want to do something better and love their dogs.
Intentional animal cruelty can be found nowadays everywhere in the economic livestock husbandry or in dog food animal experiments.

Many dog ​​owners feed meat and think there are magical ingredients in it that keep the dog healthy. But today we know that plant foods can contain even more proteins than meat.
The meat for dog food comes from animals that had eaten plants, such as Chicken or beef. The plants contain protein, which is converted into muscle meat.

Unfortunately, most of the animals whose meat goes into the dog food have been given antibiotics and drugs such as growth hormones and steroids throughout their entire lives.
These drugs inevitably end up in the dog food. The animals‘ stress hormones produced during slaughter are also found in the meat for dog food and act on our dogs.
Moreover, many meat products used for dog food are no longer authorized for human consumption, e.g. because the animals were sick.

Even well-known, expensive dog food brands use meat from sick animals with inflammations, and in the worst case even meat from animals that have been treated with euthanasia drugs and contain residues.
Such pet food scandals are common, due to the extremely high demand for meat.

In addition, every year billions of breeding animals are reared, imprisoned and killed, just to feed us and our dogs. Meat and dairy farms pollute our groundwater with toxic wastewater.
Livestock farming is also a very harmful factor for our climate.
To preserve the climate and the environment, a vegan diet is generally reasonable, because you only need a fraction of the natural resources for plant foods.

Vegan dog food for arthritis
Inflammations such as arthritis can be caused by inflammation in the feed meat. When meat from sick animals is used for dog food, it also works in the dog’s body.

Vegan dog food for overweight
Many dogs are obese due to the feeding habits of their owners. Vegan dog foods often contain fewer fillers and is better for blood sugar levels. The vegan diet helps the dog lose weight.

In addition, vegan food for the dog is said to prevent cancers, kidney failure and other degenerative diseases.
The harmful ingredients found in many commercially available meat-based dog foods slowly accumulate in the dog’s body.
These pollutants can eventually cause diseases that can be prevented by a vegan diet for the dog.

Many veterinarians understand that vegan dog food can be beneficial to the dogs health. They can examine the dog and run blood tests to rule out deficiencies and also give good advise.

Do dogs like vegan food?
It is hard to imagine that the dog would rather eat a carrot than the sausage. One study found that dogs instinctively chose the food their parents preferred to eat.
The puppies only liked the feed with the meat content if they had learned to eat meat from the beginning. The food without meat was preferred by the puppies whose parents had previously received vegan dog food. They did not like the smell of meat because they had only met vegan dog food in their lives.
The preference for meat is therefore not innate in the dog.
Wild dogs liked meat-scented foods better than meat-rich foods. It seemed that the smell was more important to dogs‘ decisions than the actual amount of meat.

Can dogs get old with vegan dog food?
A vegan diet reduces the risk of inflammatory diseases and fewer toxins accumulate in the body. This also affects the age of the dog and many dogs stay healthy and active with vegan food even in old age. One of the longest-lived dogs in the Guinness Book of World Records was 25 years old with pure vegan dog food.

Vegan dog food – nutrients
Vitamin B12
Very often discussed in the vegan diet is vitamin B12. Some vegans buy vitamin B12 in tablet form. A similar substance is also found in various vegan foods such as yeast or algae and should definitely be included in vegan dog food.

Omega 3 and 6
The unsaturated fatty acids Omega 3 and 6 are essential for the dog. They occur in algae, plant seeds and oils. Thus, e.g. Linseed oil and hemp oil contain high amounts of Omega 3.

L-carnitine
L-carnitine is produced in the organism from the amino acids lysine and methionine. L-carnitine is found in large quantities in red meat, especially in lamb meat and is often taken by athletes, because it stimulates the lipid metabolism.
Especially for large dogs L-carnitine is essential and often not enough in vegan dog food.

Taurine
Taurine is formed from the amino acids cysteine ​​and methionine. Cats can not biosynthesize taurine, so taurine must be included in the cat food.
Dogs and humans can form taurine themselves to a certain extent. But not all dogs can produce enough taurine. Therefore, taurine should be added to the vegan dog food.

A long-term deficiency of L-carnitine or taurine may cause a heart disease, dilated cardiomyopathy (DCM), especially in large and very large breeds of dogs.
Therefore, vegan dog food should be checked for these ingredients and if necessary, added to the vegan dog food.
Both L-carnitine and taurine can be obtained from vegan sources.

Is vegan dog food better?
If we regard the dog as a carnivorous wolf, then we have – according to the science – not understood that the dog has adapted in more than 10,000 years to humans and their eating habits.
Through evolution, dogs have changed their genes and can use starch and carbohydrates very well.
So dogs do not need meat. Certain plants, such as peas or lentils, are rich in proteins. Dogs can eat healthily and become very old with vegan dog food.
Why shouldnt we choose a diet for our dogs that will provide them with health benefits, save animals and help the planet?

Which experiences have you had?
Share your story about vegan dog food with us 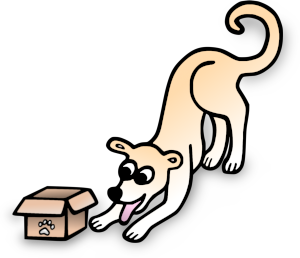